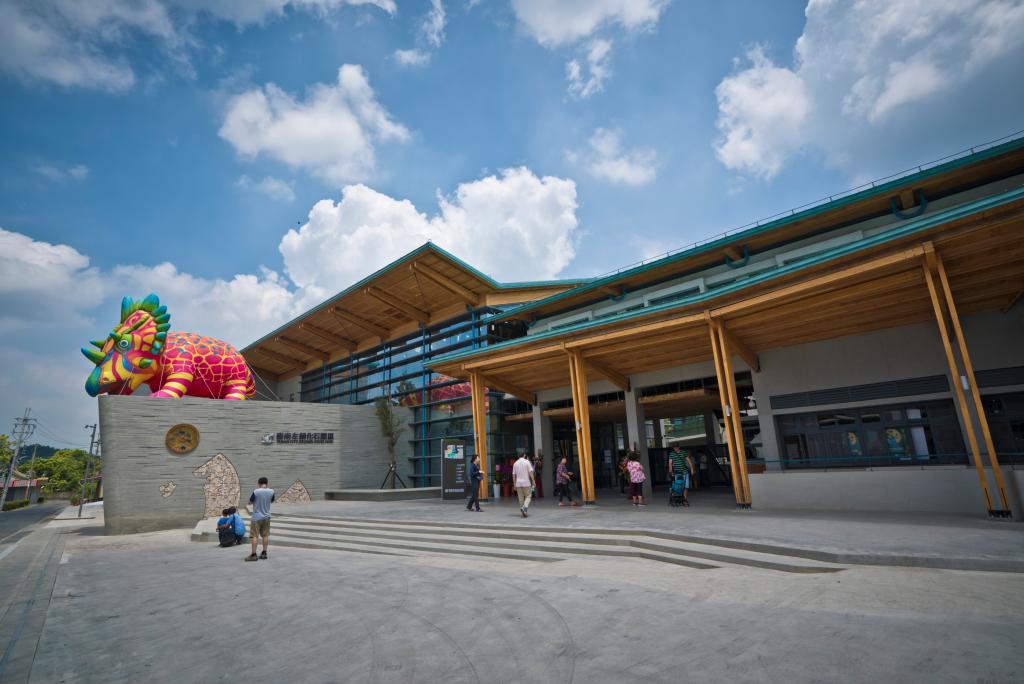 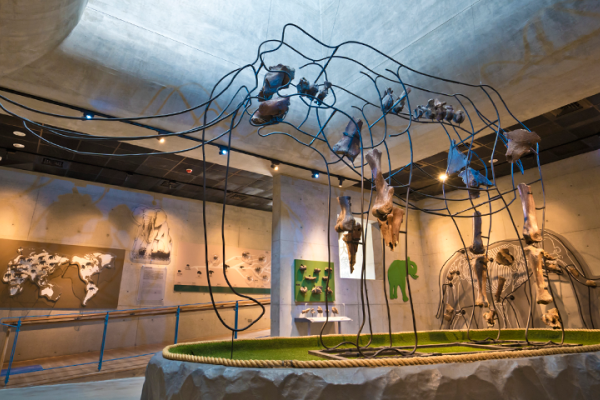 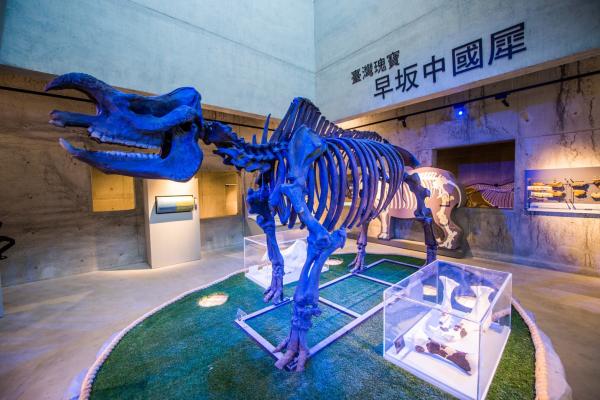 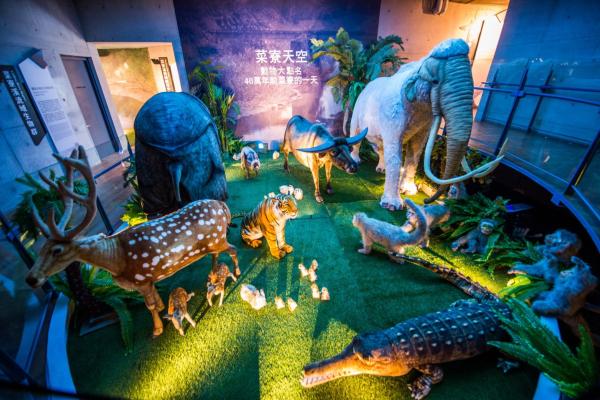 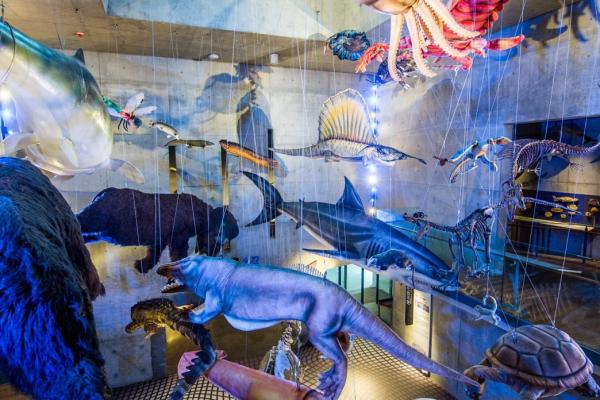 Tainan City Zuojhen Fossil Park has accumulated a collection of marine and terrestrial biological fossils such as mammoths, saber-toothed elephants, ancient deer, crocodiles, and shellfish. A large number of terrestrial vertebrate fossils are unearthed as a major feature, plus Zuozhen human skull fragments and the restoration of the Chinese rhinoceros. Collections such as skeletons can be described as Taiwan’s irreplaceable fossil treasure house. Today, the Zuozhen Fossil Park has transformed and expanded from a single building to five exhibition halls.

The Natural History Education Museum simulates the stratigraphic rock wall of Zuozhen, where you can experience multiple interactive installations, such as fossil excavation and riverbed fossil observation; the Story Museum introduces the Xinhua hills and displays cultural relics of the Sirayas including Xingang documents, knowing "Grandpa Fossil" Chen Chunmu's contribution to collecting fossils throughout his life; The Life Evolution Museum presents the beach battle of marine life. The dinosaurs that once dominated the earth are located in the atrium, and then mammals rise on the stage of history to witness the prosperity and decline of life evolution; The Fossil Museum helps you learn about the source of the fossils in the Cailiao River Basin, but the most eye-catching one is the whole skeleton fossil of the Chinese rhinoceros; the Discovery Hall reveals the mystery of Zuozhen people, and when you approach the Fossil Cleaning room, you can see the restoration of the fossil; approach Painting Magic Interactive Classroom, interact with the biota in Cailiao River Basin that you colored yourself.